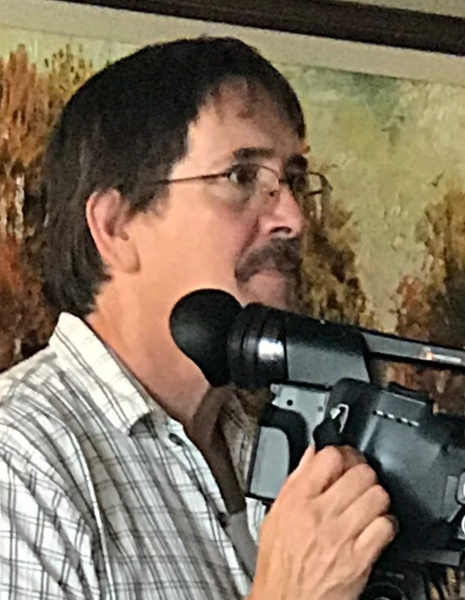 Funeral Services for Daniel S. Borland will be held at 2:00 P.M. on Saturday, March 2, at St. Theodore Catholic Church, Albert Lea. Reverend Kurt Farrell will officiate. Interment will be in St. Theodore Catholic Cemetery. Visitation will be from 4-7 on Friday at Bonnerup Funeral Service and one hour before the service at the church.Dan died unexpectedly on Sunday, February 24, at Mayo Clinic Health System, Albert Lea. He was 62. He was born on August 10, 1956, in Albert Lea, the son of Richard and Anita (Vietor) Borland. Dan graduated from Albert Lea High School with the class of 1974. He married Linda Clark on March 6, 1976, at the United Methodist Church in Albert Lea. They made their home in Albert Lea and had three sons Dana, Quincy and Samuel. He then attended Austin area Vocational Technical Institute and graduated with a degree in photo journalism.He was hired by Channel 6 (KAUS) which later became KAAL, becoming chief photographer in the news room, and working there for more than 27 years. He later started his own business- Dan Borland Videography. His career afforded him many memorable experiences, including working the World Series games, Super Bowls, Vikings football games, and many, many cultural and special events.He shared his time and talents with many community groups and activities including Save Our Healthcare, Big Island Rendezvous, 3rd of July Parade, First Lutheran’s Peace and Power Broadcast, Blandin Foundation, Blue Zones Project, and The Big Freeze. He was a board member for the Albert Lea Park and Rec, Watershed, and ACT Theater. Most recently he was involved in planning the upcoming Minnesota Governor’s Fishing Opener. He’s always been the man behind the camera for our community and a proud Albert Lean. Dan was a member of St. Theodore Catholic Church, a regular at the Albert Lea Y and loved to hang out at the Interchange, watching Minnesota Vikings games, and catch up on local current events.One of his many passions was the Winter Dance Party in Clear Lake, and British Buddy Holly Society luncheon that he attended for the last 26 years with his wife. He had captured great memories for many over the years.Dan will be greatly missed by his wife Linda, his three sons, Dana (Amber) Borland of Owatonna, Quincy Borland of Albert Lea, and Samuel (Tiffany) Borland of Williams, MN; Grandchildren: Anna and Ira; brothers and sisters: Rebecca (Charles) Kaye of Santa Barbara, CA, Richard Borland Jr, of Mpls, MN, Timothy (Kathy) Borland of Rochester, MN, Elizabeth (Ray) Vreedenburgh of Port Orchard, WA, Matthew (Deborah) Borland of Albert Lea, Theresa (Reid) Sunde of Waseca, MN, and Christopher Borland (Janice) of Albert Lea; godsons: Andrew and Jacob Borland and Robert Wobbrock II; sisters/brothers-in-law: Vicky Wobbrock of Bricelyn, MN, Lesa (William) Waldron of Sacramento, CA, Tammy Clark of Glenville, MN and many nieces and nephews that he loved dearly. Dan will also be missed by Snoopy and Lucy, his faithful canine companions.  He was preceded in death by his parents, his sister Nancy, his brother Dwight and wife Susan, his brother-in-law Jerry Clark, brother-in-law Robert Wobbrock, niece Andrea Heinl, in-laws LeRoy and Marlys Tostenson. Dan had a huge heart which he shared with his family and our community. He was a steward of our community and captured all of the great moments. He will always be remembered for his quirky wit and all that he gave and shared with others.

To order memorial trees or send flowers to the family in memory of Daniel Borland, please visit our flower store.