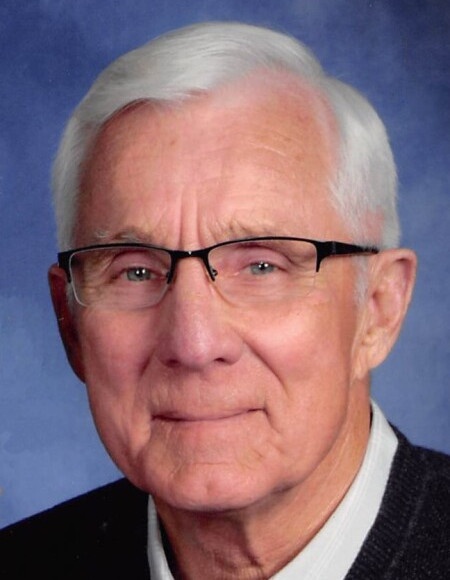 Dale Gustav Mrotz, 84, passed away peacefully on July 22, 2022, with his family by his side at his home in Ellendale, MN.

Dale was born on August 1, 1937, in Albert Lea, MN, to Gustav and Mabel (Franke) Mrotz.  He was raised on the family farm and graduated from Ellendale Geneva Schools in 1956.  Following graduation, he began working at Queen Stove Works in Albert Lea, MN while determined to achieve his goal of having a family and farming as well.

On June 27, 1957, Dale married his lifelong partner, Barbara Langlie.  Together, they raised 4 children: Monty, Lisa, Victor and Daniel.  They bought a piece of land, traded the family car for an Oliver tractor, and never looked back. In 1969, he added school bus driver to his family and farming duties. He drove bus for 38 years at his alma mater. A few years later, Dale and Barb opened their home up to their special nephew, Jason Langlie. Dale and Jason took weekly car rides, collected pop cans, and loved to check on the farm.

Although Dale was a quiet man, he was especially proud of his children, grandchildren, and great grandchildren and all their accomplishments. He was a lifelong, confirmed member of the First Lutheran Church in Ellendale, MN.

In lieu of flowers, the family requests memorial contributions be made to First Lutheran Church, PO Box 146, Ellendale, MN, 56026

To order memorial trees or send flowers to the family in memory of Dale Mrotz, please visit our flower store.