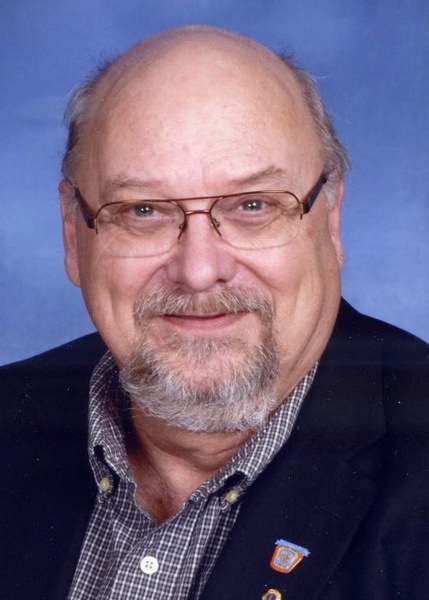 Funeral Services for Dale S. Drescher, of Albert Lea will be held at 11:00 A.M. on Tuesday, February 25, 2020, at First Lutheran Church in Albert Lea. The Reverend John Holt will officiate. Interment will be in Hillcrest Cemetery. Visitation will be from 4-7 Monday at Bonnerup Funeral Service, and one hour before services at the church.

Dale passed away on Saturday, February 15, 2020 at the Good Samaritan Society in Albert Lea. He was 66 years old. Dale was born on March 17, 1953, to Herbert and Ardis (Juveland) Drescher in Albert Lea. Dale was baptized on May 17, 1953 and confirmed on May 17, 1968, at Grace Lutheran Church. Dale graduated from Albert Lea High School on June 7, 1971. While in high school he played football, was in the Marching Band, was an FFA Club member, and also worked at Piggly Wiggly. Dale attended Austin Community College in Austin, MN and South Dakota State in Brookings, SD At ACC, Dale was Student Senate Vice President and President of the Ag Club. At SDSU, Dale was on the Rodeo Team, where he was a bareback champion. He worked at Wilson’s for 3 years before attending college. After graduating from SDSU, Dale worked for North Central Public Service as a chemical and fertilizer manager. Dale moved to Los Angeles and worked for Jarvis Electric as an electrical estimator for 10 years. Dale returned to Albert Lea and worked for Land-0-Lakes and Streaters. Dale retired from Slumberland in Albert Lea. Dale moved to Kiester in 2004 where he worked for the Bidne’s and Eilertson’s on their farms. He was also heavily involved in Our Savior’s Lutheran Church, Kiester Lion’s Club, and Farming of Yester Year. Dale was united in marriage to Kathy Anderson on November 1, 1986. To this union two children were born, Justin and Jenna. They were later divorced. Dale enjoyed many things in life, but most of all it was spending time with his family and friends, farming, arts & crafts, and a good joke. Dale always had a great sense of humor and a kind heart. He will be deeply missed.

May Dale rest in peace.

To order memorial trees or send flowers to the family in memory of Dale Drescher, please visit our flower store.