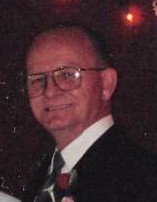 Curtis was born on September 24, 1945 in Albert Lea to Theodore and Estella (Mosier) Monson.  He attended school in Albert Lea, later achieving his GED.  He married the love of his life, Bess.

After spending some time in the Army, Curtis worked for a bunch of different companies.  His last job was driving as a long-haul trucker for a transportation company.

He was preceded in death by his wife, parents, 3 brothers, and 1 sister.

No services will be planned.  In lieu of flowers, memorials can be made to Curtis’s estate through Alice Swenson, care of Bonnerup Funeral Service.

To order memorial trees or send flowers to the family in memory of Curtis Monson, please visit our flower store.

No services to be held