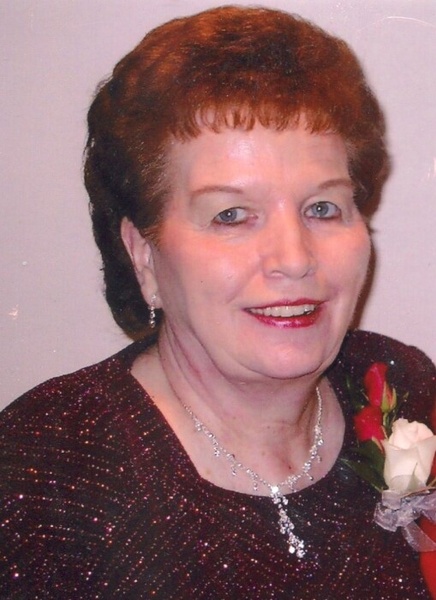 Corrine was born in Owatonna, MN on September 20, 1934, the middle child to Evelyn and Julian Prestegard.  She graduated from Owatonna High School in 1952.  Because of her love of dancing, she went to the Monterey Ballroom in Owatonna and met a handsome sailor on leave.  Corrine married Robert F. Miller on August 28, 1954 in Owatonna.  Shortly after that they moved to New Richland, MN where they were blessed with five children.  They raised them on a fun-loving farm which became the favorite gathering location for family get togethers.  Nobody ever went hungry because she was a marvelous cook, especially being noted as the “Dessert Queen.”  In the early 80’s they moved off the farm to Waseca, MN.  After the passing of Robert in 2003, she relocated back to her roots in Owatonna, MN.

Corrine worked at the New Richland Co-Op, EF Johnson’s, and her last role was at the Waseca County Courthouse as the County Zoning Administrator.  She later worked part-time at Diamond Jo’s where she enjoyed meeting more new people.

Corrine’s love and zest in life was baking, dancing, socializing with others and most of all spending special time with her family.

She was preceded in death by her husband, Robert Miller; her parents; and many relatives.

A memorial service will be held at 2 PM on Thursday, June 24, 2021 at the Fredrich-Bonnerup Funeral Service in New Richland.  Visitation will be one hour prior to the service also at the funeral home.  Burial will follow at St. Peter Cemetery.

Arrangements are with the Friedrich's Funeral Home in New Richland.

To order memorial trees or send flowers to the family in memory of Corrine Miller, please visit our flower store.