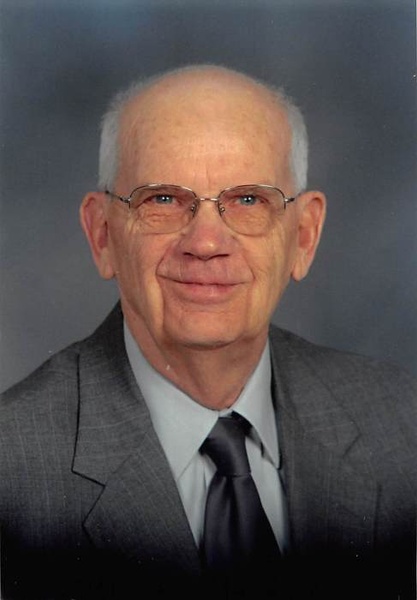 Corley Hendrickson 1932-2019 Corley passed away January 10th, 2019 at St. Mary’s Hospital in Rochester. Visitation will be Tuesday January 15th at Bonnerup Funeral Home in Albert Lea from 4-7 pm. Memorial Services will be Wednesday, January 16th at 11:00 am at Hartland Evangelical Lutheran Church in Hartland. Friends may greet the family one hour prior to service. Corley Arvil Merle Hendrickson was born July 19, 1932 in Freeborn, MN to Martin and Cora (Lee) Hendrickson. He grew up on a farm in the Hartland area and graduated from Freeborn High School in 1950. He was baptized, confirmed and remained a lifelong member of the Hartland Evangelical Lutheran Church. Corley served in the Army for two years (1952-54) during the Korean War in Co A 52D ARMD ENGR BN. On June 24, 1962 he married Anita J. Lembke at Salem Evangelical Lutheran Church in Albert Lea. He and Anita had five children; Merle, Alan C., Robert, Julie, and Alan E., while living and farming together with Anita in Hartland for 35 years. Corley worked at Wilson’s in Albert Lea for 22 years while continuing to farm. He and Anita took many camping trips when the kids were young, road trips to Bemidji, bus trips to Arizona, Colorado, Pennsylvania, New York and flew to Germany. In June 2005 they built a new house in Albert Lea and retired from the farm life where he enjoyed time with neighbors, bowling, playing cards and dice games. He was a member of the American Cancer Society’s Relay for Life for 3 years as a two time cancer survivor. Corley is survived by his wife, Anita; four children Merle (Pam Rippentrop-Bratten) of Albert Lea, Robert (Jolene Ward) of Owatonna, Julie (Nancy Michael) of Bemidji, and Alan E. of Albert Lea; grandchildren Stacey (Eric) Cornelson of St. Louis, MO, Michael Hendrickson of Rochester, Alan (Shalin) Hendrickson Jr. of Albert Lea, Lucas Hendrickson of Albert Lea, and Kelli (Tony Ortiz) Hendrickson of Owatonna; great grandchildren; Jesse Hendrickson, Liliana Cornelson, Ophelia Hendrickson, and Otto Hendrickson; his brother, Edward and sister-in-law, Roselyn (Art) Anderson, and many nieces and nephews. Corley was preceded in death by his parents, an infant son of six months Alan Corley, his in-laws Frank and Ruby (Fahs) Lembke, and sister-in-laws Joyce Hendrickson and Dorothy Buchanan. In lieu of flowers or gifts of money, donations are preferred to the Hartland Ladies Aid Kitchen Fund, the Hartland Cemetery, or the American Cancer Society.
To order memorial trees or send flowers to the family in memory of Corley Hendrickson, please visit our flower store.