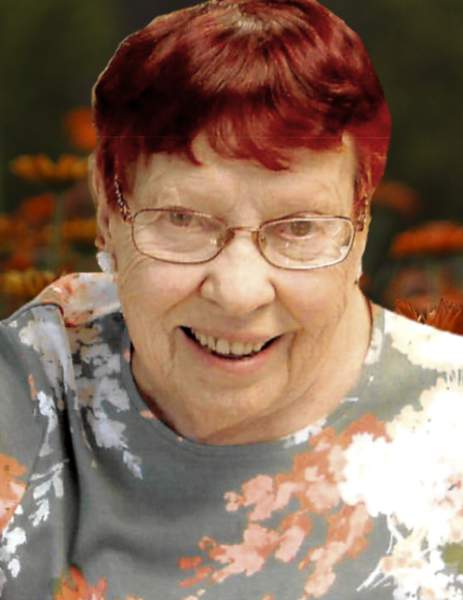 Clarice J. Sorenson Pence, age 92, of Owatonna, MN, passed away on January 9, 2020 at Koda Living Community in Owatonna. Memorial services will be at 11:00 a.m. on Wednesday, January 15, 2020 at Community Lutheran Church in Geneva, MN. Reverend Dr. Kristen Venne will officiate. Visitation will begin one hour prior to the memorial services at the church. Burial will follow at Geneva Cemetery.

Clarice Sorenson Pence was born on August 26, 1927 in Ellendale, MN to Julius and Clara (Narveson) Sorenson. Clarice grew up in the area and attended country school. In 1944, she married Bennie Pence and was a farm wife for 28 years.  They enjoyed fishing, hunting, snowmobiling, and playing cards with friends. Clarice’s four sons were very important to her and people enjoyed her spirited personality. She and Bennie later divorced in 1973 and Clarice moved to Owatonna in 1974. She owned and operated a café on Rose Street for a few years in Owatonna before beginning her tenure at the Owatonna Canning Company, retiring in 1995.

She was preceded in death by her parents, Julius and Clara and her siblings: Norris Sorenson, Jeanette Johnson, Gordon Sorenson, Warren Sorenson, Henry Sorenson, Lila Ballard, and Stanley Sorenson.

A special thank you to the staff at Koda Living Community and the Allina Hospice Staff for the wonderful care they provided for Clarice. Memorials may be directed to Geneva Community Church or donor’s choice. Arrangements have been entrusted to Bonnerup Funeral Services of Albert Lea. www.bonnerupfuneralservice.com

To order memorial trees or send flowers to the family in memory of Clarice Pence, please visit our flower store.