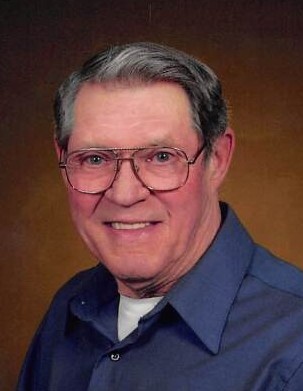 'Wes' Anderson sadly passed away on Friday, February 4th, 2022 at the Good Samaritan Society in Albert Lea, MN at the age of 87.

Wes was born on July 22nd, 1934, in Draper, Wisconsin to Clarence and Clara Anderson. Before graduating from high school, he helped his dad cut timber at his sawmill. Wes attended Vocational school in Minneapolis where he met Anita Carlson and were married shortly after. He worked for the Milwaukee Railroad, was a school custodian for Rose Creek and Glenville, and was a long haul truck driver. Working for Holmsten Ice Rink Co. in Albert Lea, Wes traveled to many places, including Australia and New York, overseeing the installation of the ice rinks and was fortunate Anita could join him. In what spare time he had, Wes enjoyed farming, gardening, fishing, and travel. When he should have been retiring, Wes worked as hard as ever for Senior Resources and was a Handyman for numerous people around the area, always helping anyone who needed it. No one was a stranger very long as he would talk with everyone he met.

Wes is preceded in death by his parents; brother Clifford (Tip); sisters: Caroline (Bun) and Camilla (Ann); as well as his wife, Anita; and two daughters, Delight and Lorri.

A Celebration of Life Memorial service will be held on Saturday, June 11th at 11:00 am at 1st Lutheran Church, 140 3rd Ave SW, Glenville, MN 56036. The family will receive friends one hour prior to the church.

To order memorial trees or send flowers to the family in memory of Clarence Anderson, please visit our flower store.