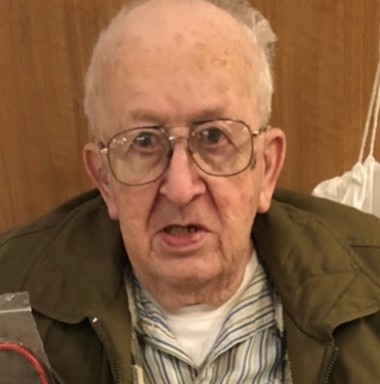 A gathering time for family and friends for Charles “Chuck” Bybee, of Albert Lea, will be held from 4-6 P.M. on Friday, January 24, at Bonnerup Funeral Service, Albert Lea.

Chuck died peacefully on Saturday, January 18, 2020 at Prairie Senior Cottages in Albert Lea. He was 87. He was born on January 31, 1932, in Albert Lea, the son of Joseph “Doc” and Elizabeth “Mae” (Evans) Bybee. He attended Albert Lea Schools and proudly served our country for 4 years in the US Airforce.  He married Kimiko Erdman in November of 1974. Throughout his life he drove semi and also drove school bus for several years.

He will be greatly missed by his wife Kim, his children: Keith (Anne) Bybee and their family, Michael (Nelda) Erdman and their family, Teresa Adams and family and Tammy (Jerred) Jerdee and their family; also by two brothers Joseph Bybee, Dick (Martha) Bybee, a sister Mary Cook and many nieces and nephews. He was preceded in death by his parents, his siblings Elizabeth “Liz” (Lyle) Hansen, Marion (Dan) McNab, Dora Mae (Jasper) Bure, Veryl Bybee, Samuel “Buster” (Arlyss) Bybee, Harry “Doc” (Emmy) Bybee, 2 in infancy and a brother-in-law Arthur “Art” Cook.

To order memorial trees or send flowers to the family in memory of Charles Bybee, please visit our flower store.