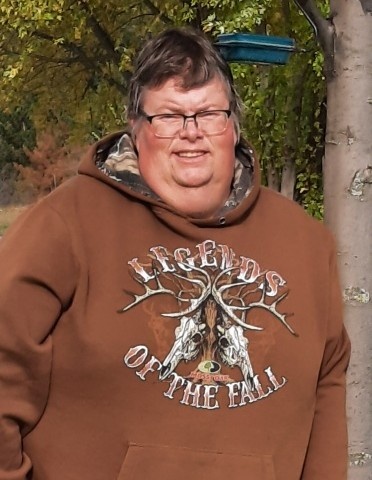 Chad lived a full and active life in Ellendale and received a great start in the Special Education system. The family moved to Colorado Springs in 1987 where he attended Air Force Academy Schools. For years he participated in Unified Sports, Special Olympics, and the Therapeutic Rec program where he played many different sports. Sunrise Dog Kennels was his employer for many years where he learned the knack of proper dog care, and pet sitting which he did for the rest of his life everywhere he went. Chad and his mother moved back to the Midwest in 2005 to Ellendale, MN where he enjoyed the town and helped his uncle at Al's Body Shop.

The family moved to Wisconsin in 2007 where he loved life at the lake with his stepfather, Palmer (Spank) Granholt, and lake friends. While living in WI, Chad worked at Maplewood Care Center for many years doing whatever they needed to be done and was a friend to all residents and staff.

Chad's pride was his animals consisting of his mini-horses and giving cart rides to anyone that wanted. His dogs, cats, and many aquariums rated right up there too.

Chad's mother, LuAnn, stepbrother, aunts, uncles, and special friends will never forget Chad's big, and loving personality and a friend to everyone. He was preceded in death by his brother, Rodney Sommer, stepfather, Palmer Granholt, and grandparents.

A Celebration of Chad's life will be held Wednesday, June 22nd, from 4-7 pm at the Geneva Community Center in Geneva, MN. The celebration service begins at 5 pm.

To order memorial trees or send flowers to the family in memory of Chad Sommer, please visit our flower store.