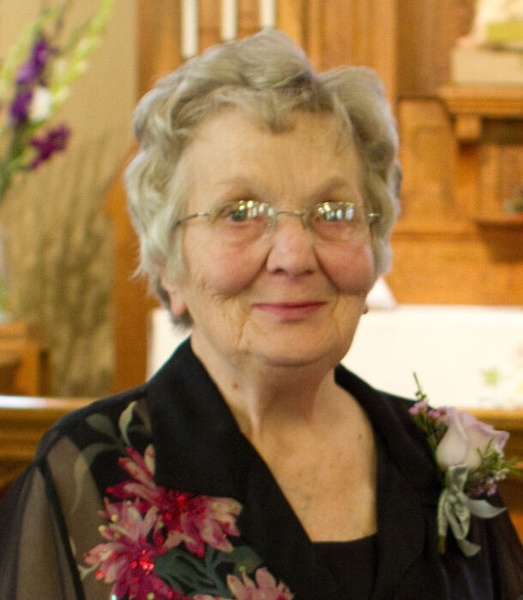 Carole (Hanson) Schember, 92, of Geneva, passed away on Saturday, April 30th at the Owatonna Hospital. It is hoped that her many friends and family will join us for a picnic lunch at the Ellendale Community Center on Saturday, May 7th between the hours of 3-7 and share their memories.

Carole was born in Freeborn County on August 31st, 1929, to Richard and Christine (Christensen) Hanson and grew up on the family farm near the Freeborn/Steele County line, graduating in the class of 1946 from Ellendale.

Carole was active for a number of years in the Freeborn County Bath 4-H Club and following her graduation she was employed by Art & Marge at Lerberg’s, in Ellendale.

She later met Curt Schember and the two of them were married on June 24th, of 1951 at the First Baptist Church in Clarks Grove and they lived a life together for 60 years. Curt and Carole built their first home on her parent's farm and lived there for several years before they decided to build a new home on the south end of Geneva.  They spent a few summers in a school bus that Curt used to create a blue motor home on the south side of Beaver Lake.  They later moved it to St. Olaf Lake and eventually purchased a piece of property on the east end of St. Olaf and spent many summers living in the cabin that they built near the cattails.

Curt & Carole later decided to add on to their cabin and made St. Olaf Lake their permanent home for nearly 40 years.  They later moved back to Geneva in May of 2009 and spent a couple of years together there before Curt’s' passing in 2011 and Kade made it possible for Grandma to stay at home the way she wanted.

Following Carole's employment at Lerberg’s, she became a stay at home mom while her daughters were young. She later took on a few different jobs over the years, including selling Beauty Counselor products, worked at Dugan’s Cafe in Geneva, the Geneva Sale Barn, and also ran a concession stand at the Freeborn County Fair, and years later at St. Olaf Lake. Carole also worked for Head Start in Waseca County, as well as a Montessori School. She also shared her talents at the New Richland Care Center, as well as worked at Sonshine Gardens in Clarks Grove.

For a few years Carole even wrote stories for the Albert Lea Tribune.  Her column was titled..."Farm Wife Writes" and later Carole became involved with a number of community activities, including "Geneva Lake Keep It Up".

Carole enjoyed the many people who stopped by to visit at the lake, and she always seemed to be able to put out a nice spread.  She also enjoyed hosting summer camp for her grandchildren, as well as her adopted grandchildren, for a number of weeks at the lake during the summer.

In her spare time Carole enjoyed knitting and crocheting, and made many rag rugs, as well as enjoyed several winters riding her Raider snowmobile. She later carried on the tradition of making her mothers' homemade Chicken and Noodles following her mothers' passing for many of the family gatherings.

One of the last tidbits of information Carole shared with her family was: "I'm not there but I'm still watching you in my mind."

In lieu of flowers, memorial contributions may be made to the Freeborn County Historical Museum, Library & Village, 1031 Bridge Ave, Albert Lea, MN 56007 or the Steele County, Village of Yesteryear, 1431 Austin Rd, Owatonna, MN 55060.

To order memorial trees or send flowers to the family in memory of Carole Schember, please visit our flower store.