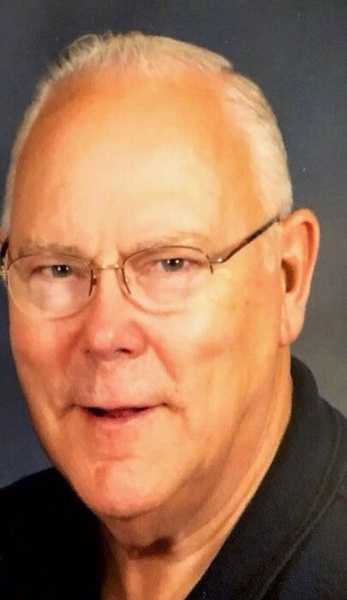 Bryan Arthur Willmert, 85, of Albert Lea, passed away on Tuesday, December 22, 2020 at Sunrise of Edina.

Bryan was born on August 16, 1935 in Blue Earth, MN, the son of Orthwin and Dorothy (Hestermann) Willmert.  He was baptized and confirmed in Christ at St. Paul’s Lutheran Church in Hollandale.  Bryan graduated from Albert Lea High School and then joined the Army during the Korean Conflict.  He was married to Mary Elizabeth Bierstedt on July 27, 1958 at St. John’s Lutheran Church in Fenton, Iowa.  Bryan worked at Wilson’s in Albert Lea until he retired in 1990.  He then worked for HyVee Foods in Albert Lea.  For over 25 years, Bryan also enjoyed helping on the farms of his good friends Oscar Johnson and families.   He was an active member of Zion Lutheran Church serving as an elder and a trustee.  You could also find Bryan working at the Zion Lutheran food stand during the Freeborn County Fair.

Bryan enjoyed hunting, fishing, and watching his son and grandsons play hockey.  His favorite memory was a trip to Sweden with the AL Bantam hockey team.  Bryan loved bowling and especially enjoyed his 500 Card Club with their dear friends.

A private family service will be held at Zion Lutheran Church on Saturday, January 2, 2021 with Pastor Matt Lehman officiating. Interment will follow the service at Hillcrest Cemetery in Albert Lea.  A live stream of the service will be available on the Bonnerup Funeral Service website. In lieu of flowers, the family prefers memorials be given to Zion Lutheran Church - 924 Bridge Avenue, Albert Lea, MN  56007.

To order memorial trees or send flowers to the family in memory of Bryan Willmert, please visit our flower store.