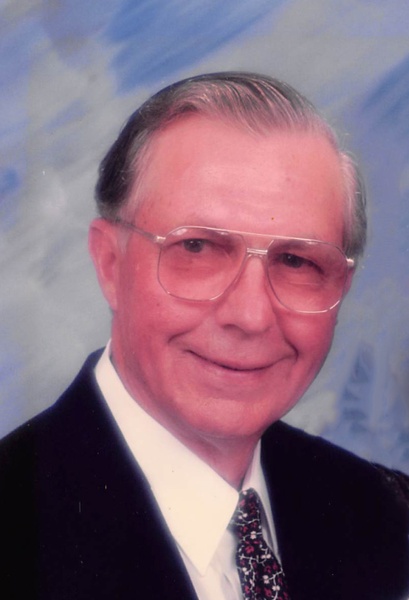 Bryan Boeck, 97 years, 11 months of Albert Lea passed away on January  5, 2019  at St. John’s Lutheran Home under hospice care.  The funeral service will be held at 10:00 am on Saturday, January 12, 2019 at Bonnerup Funeral Service in Albert Lea. Interment will be at the Alden Cemetery. Visitation will be from 5 – 7  pm on Friday at Bonnerup Funeral Service. Online condolences are welcome at www.bonnerupfuneralhome.com.

Bryan Carl was born on February 5, 1921, to Charles and Mary Boeck in Easton, MN.  Bryan grew up on the family farm west of Wells and attended school at the little pink schoolhouse.  On June 26, 1944, Bryan was united in marriage to Maxine Niebuhr. He & Maxine farmed near Alden for 50 years and were members of Redeemer Lutheran Church. He was a member of the church council and was on the Foster township board for a number of years.  He enjoyed fishing, playing cards, dancing at the Golden Bubble and traveling south in the winters.  He went fishing at lakes all over southern Minnesota and enjoyed time spent at their cabin in Nevis, MN.  He could fix anything and was proud of his farm.

Bryan was preceded in death by his parents; his wife Maxine, sisters; Wilma Kuss and Lola Yore, brothers; Glen, Leon, Robert, Mel, Homer; son-in-law Mike DeBonny and several brothers and sisters-in-law.  May he rest in peace.

The family would like to extend a special thank you to Patty and her staff at Embrace home Care, who took care of Bryan and Maxine the past few years.

To order memorial trees or send flowers to the family in memory of Bryan Boeck, please visit our flower store.