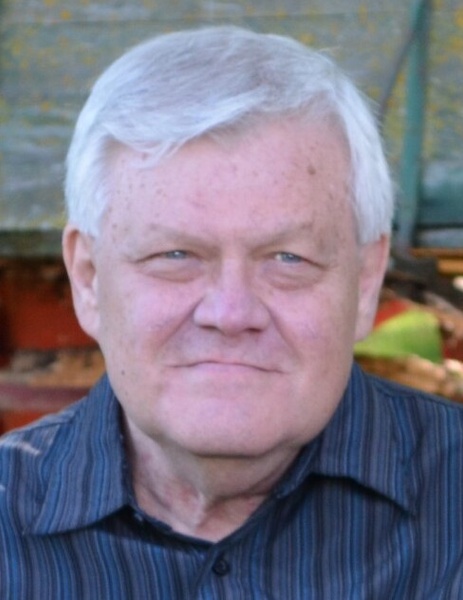 A visitation for Barry Curtis Oberg, 76, of Rochester, will begin at 9:00 a.m. on Monday, June 20, 2022, at Bonnerup Funeral Service, and go until the time of service.  Funeral service will begin at 11:00 a.m. with Pastor Roger Fears officiating.  Interment will follow at Hillcrest Cemetery with military honors provided by the Albert Lea Area Veterans.   Please wear casual attire, as Barry would have wanted everyone to be comfortable.

Born in Albert Lea on April 21, 1946. The only child of James and Dorothy (Goodrich) Oberg. Growing up, Barry enjoyed sports and spent many hours outdoors.

Barry graduated from Albert Lea High School in 1964. He attended college in Austin for a year before joining the Navy. He then returned home and attended the University of Minnesota. He met Fern Myhre in 1970. He graduated in 1973 and married Fern on June 23, 1973.

Barry and Fern traveled to New Mexico where they would have their first child, Anjie, in March of 1977. Barry was hired by IBM so they moved to Longmont, CO. Then, in October of 1979, Scott was born. They would settle down in Colorado until 1988 when Barry had an opportunity to transfer to Rochester. This was a great opportunity to move back closer to their parents. He would reside in Rochester the remainder of his life. He was a member of the American Legion. He was a devoted husband, dad, and grandpa.

Barry truly enjoyed spending time with Fern whether it be sitting on their deck with coffee. Or, hanging out with friends listening to karaoke. They also enjoyed eating out at restaurants, both new places and where they were “regulars”. The meal their kids knew them for was a quiet night with lasagna and wine where they shared many deep conversations.

Barry loved watching his grandkids.  Whether it be sports, concerts, dance recitals, swimming, you name it. If his grandkid was involved, he wanted to be there. Occasionally, he would split off from Fern so they could each watch a different event. But, most of the time, you would find them together.

Barry was preceded in death by his parents and Fern’s parents. All of whom he loved and was loved by.

To order memorial trees or send flowers to the family in memory of Barry Oberg, please visit our flower store.