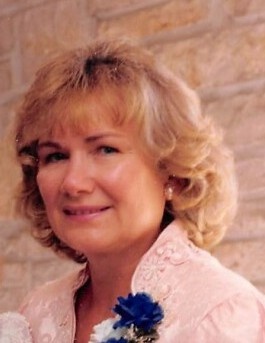 Barb was born in Albert Lea on July 31, 1946, to Robert and Imogene (Mickelson) Evenson.  She graduated from Albert Lea High School in 1964 and attended one year of Albert Lea Tech.  On December 3, 1965, she married Thomas “Tom” Guiney and together they had two children, Suzi and Tommy.  Over the next two decades, Barb devoted herself to being a mother and home maker.  After her youngest graduated from high school, she spent the next fifteen working for Quest as an operator.

Barb was a shy, down-to-earth woman, who enjoyed reading her bible every day.  She loved the lord.  She also enjoyed family fishing trips, going to Branson, MO, and visiting her son in Oklahoma.

Preceding Barbara in death was her husband, Tom, in 2021; her parents, Robert and Imogene; her parents-in-law, Jack and Spud; her brothers, Elroy (Janet) and Jerome Kast; and her sister, Carol Manuel.

Barb is survived by her children: Tommy Guiney and Suzi (Shane) Engen; grand fur-babies, Tucker and Harley; brother-in-law, Steve Manuel; brother and sister-in-law, Wally and Vicki Guiney; uncle and aunt, Warren “Snook” and Irene Mickelson; along with many nieces, nephews, and friends.

Funeral services will be held at 2:00 p.m. Monday, January 24, 2022, at Bonnerup Funeral Service with Pastor Kent Otterman officiating.  Time for visitation will take place one hour prior to services.  Interment will follow at Hillcrest Cemetery.

To order memorial trees or send flowers to the family in memory of Barbara "Barb" Guiney, please visit our flower store.