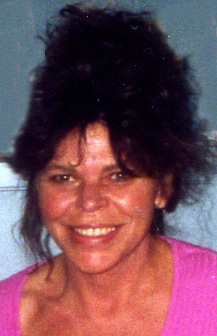 Memorial Services for Barbara Jean Jenson, of Albert Lea, will be held at 11:00 A.M. Tuesday, July 10, at Bonnerup Funeral Service, Albert Lea. The Reverend Mark Miller will officiate. Interment will be in Hillcrest Cemetery at a later date. A time to visit with family and friends will be held from 5:30-7:30 on Monday at the funeral home. Barbara Jean Jenson died on Thursday, July 5, at her home after a long battle with cancer. Barb was born May 9, 1950 to Richard (Dick) W. and Doris (Tetreault) Nelson in Albert Lea. She graduated from Albert Lea High School in 1968. Barb was united in marriage to Luverne (Vern) Jenson on June 15, 1968. They had recently celebrated their 50th anniversary. Besides working in retail and office management, Barb devoted her life to her family. First to her grandmother Cora and father Dick, then to her husband, children, and grandchildren until she lost her health. Barb is survived by her husband Vern; children Justin (wife Dawn) Jenson, Jeremy (special friend Amber) Jenson, Amber (husband Ryan) Hillman; five grandchildren: Spencer Jenson, Parker Jenson, Mikayla Hillman, Kenny Hillman, and Easton Hillman; sister Bonnie Westbee. The family would like to thank her sister Bonnie, the teams from Mayo Hospice and Good Samaritan Home Health Care for the wonderful care of Barb!
To order memorial trees or send flowers to the family in memory of Barbara Jenson, please visit our flower store.