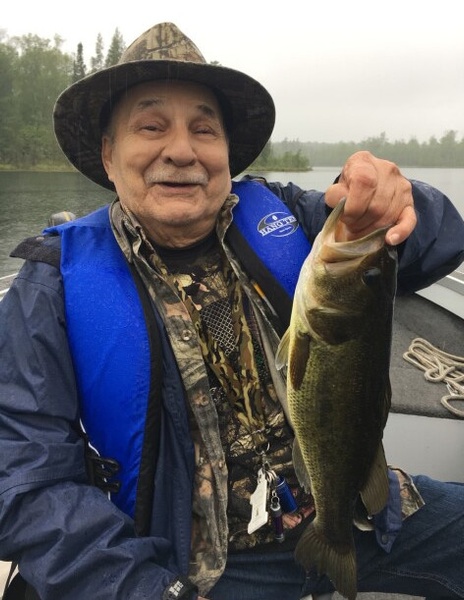 It is with great sadness and a heavy heart that our beloved father, grandfather, great-grandfather, brother, uncle and friend Balentin “Val” Madrigal entered eternal rest on July 19, 2022, at the age of 76 at Saint Mary's Hospital in Rochester, MN.

Balentin was born in San Antonio, Texas on February 14, 1946, to Ernesto Madrigal and Luisa Pena. In 1969 Val moved to Albert Lea, MN where he later met and married Sharon Madrigal. From that union, they had a daughter. Later in life, he married Claudia Madrigal.

For the majority of Val’s career, he was a supervisor of rendering and night sanitation at multiple meat-packing plants such as Wilson Foods, Farmstead, and Seaboard Foods. Val was also co-owner of V & N Tackle Shop and Manager of Brothers Towing and Storage.

Family and friends were the centerfolds of Val’s life. He loved all animals especially his dog Fred and his cat Kiki. Val also loved being outdoors. He was an avid fisherman who competed in professional tournaments. Val was well known and highly respected in the fishing community. This includes being featured in a prominent fishing magazine for his expertise in the fishing circuit. Val cherished his time spent in Northern Minnesota fishing with his brothers. Besides fishing, Val enjoyed traveling to his hometown of San Antonio, TX to visit his family as often as he could, cherishing all the wonderful memories created during his travels. He also enjoyed the occasional trip to the casinos.

Val was a dedicated Vikings and Dallas Cowboys fan. He liked to watch the Bassmaster tv channels, Mexican Telenovelas, and listen to Mexican music. Val enjoyed socializing; he would talk for hours at a time with his family about his life experiences. People were instantly drawn to Val because he had such an affectionate personality. Val loved people and people loved Val.  Times spent with Val will be deeply missed by all family members.

The family would like to thank all the doctors and nurses at Saint Mary's Hospital (Francis building, 5th floor) Rochester, MN, Health Reach Dialysis Team, and the entire staff at Good Samaritan, Albert Lea, MN, for their wonderful care.

To order memorial trees or send flowers to the family in memory of Balentin "Val" Madrigal, please visit our flower store.