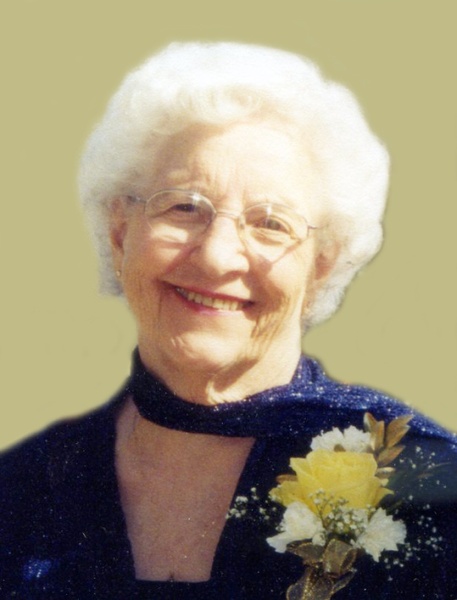 Funeral services for Audreene J. Smith of New Richland, MN, will be held at 11:00 AM Tuesday, January 14, 2020 at the First Congregational Church in New Richland, MN. Pastor Pamela Jensen will officiate. Visitation will be held one hour prior to the service at church. Interment will be in St. Peters Cemetery, New Richland. Military honors will be accorded by the New Richland Legion and Waseca Honor Guard.

Audreene passed away peacefully on Friday, January 10, 2020 at the New Richland Care Center at the age of 98.

Audreene was born on September 22, 1921 to parents John and Helma (Sibilrud) Olson. She grew up in Hartland and graduated from Freeborn High School. She went on to complete nursing school at Naeve School of Nursing in Albert Lea. She served her country as an Army Nurse Lieutenant in WWII and was stationed in central Europe for two years.

On June 8, 1952 she was united in marriage to Donald L. Smith at the Cross of Glory Lutheran Church in Hartland, MN. They raised five daughters together.

Audreene worked as a nursing supervisor at Naeve Hospital and St. John’s nursing home. In retirement, she taught nursing assistants at Riverland College. She was an active member in her church and community. The three most important things in her life were God, Country, and Family. She enjoyed dancing, playing bridge, cooking, travelling, and spending time with her family.

She was preceded in death by her husband, Donald; parents; siblings; and son-in-law, Aloysius Towle.

To order memorial trees or send flowers to the family in memory of Audreene Smith, please visit our flower store.