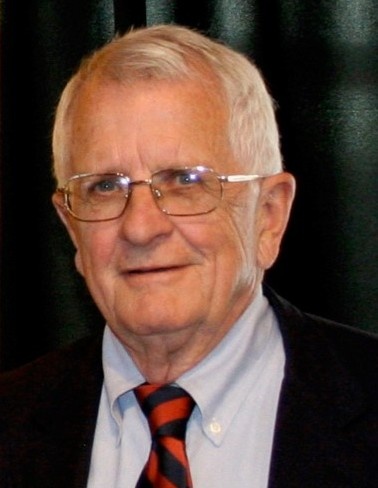 Arthur “Art” Gutknecht, age 85, of Albert Lea, MN, passed away at Prairie Senior Cottages in Albert Lea on October 7, 2019. Memorial Services will be held at 11:00 AM on Saturday, October 26, 2019, at St. Theodore Catholic Church. Visitation will begin one hour prior. Father Kurt Farrell will officiate. Final Disposition will occur at a later date as Arthur’s family has honored his generous wish to bequest himself to the Mayo Clinic Anatomical Gift Program for the purpose of medical education, research, and training.

Art Gutknecht was born in Waterloo, IA on August 6, 1934, to Harold and June (Weidlein) Gutknecht. Following his graduation from high school, Art lived and worked in Hudson, IA. In 1957, Art would make his commitment to serve in the United Armed Forces. Enlisting would take him all over the globe, including some time in Indianapolis, IN and more than two years in Stuttgart, Germany, earning the rank of Sergeant First Class, and working with the U.S. Army Finance Corps, 13th F.D.S.

On November 26, 1960, Art married Suzanne Lane in Waterloo. After his honorable discharge from the military that same year, his experience in financial management and accounting led him to achieve a Bachelor of Arts in Business Education from the University of Northern Iowa. He then did graduate work at UNI, while teaching college courses. His education continued in 1991, when he began a master’s program at the University of St. Thomas.

Involvement in sales and management brought Art and his family to Albert Lea, MN in 1972. Art began work at Mead Containers as a sample maker, then salesman, eventually working his way up to Manager of the Albert Lea, Waterloo, and Fort Dodge, IA locations. In May 1983, Art founded Minnesota Corrugated Box, Inc. He matured the company and sold interest, continuing work with marketing, training, and consulting for MCB and Gold Country Marketing until his retirement.

Art was a member of St. Theodore’s Catholic Church in Albert Lea. He enjoyed biking, exercising, sailing boats, and volunteering in his communities. Art, on a resumé from years past, states his objective as “To utilize [his] skills and experience in a new environment, while continuing to learn.” This humble objective will be a great part of Art’s legacy. Art shared the power of knowledge and education with his children, grandchildren, and in his working years, fellow colleagues. Reliably, he empowered those around him to ascend to brave, new heights. His intentions of kindness, generosity, and positivity are a force that will continue to make ripples for future years to come.

To order memorial trees or send flowers to the family in memory of Arthur "Art" Gutknecht, please visit our flower store.