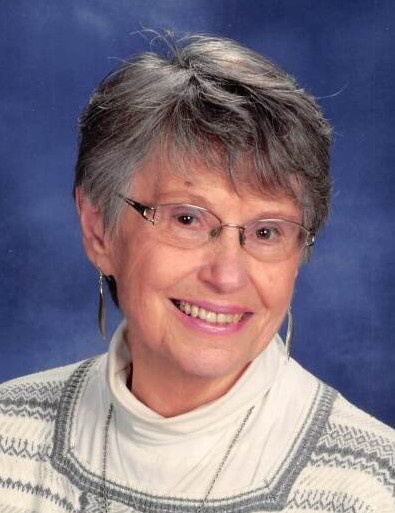 She was born December 18, 1934.  She was the daughter of Albert and Lillian Carlson.

She was confirmed in Christ at Zion Lutheran Church, rural Kiester.

She was raised on a farm outside of Kiester, Minnesota.  She attended school at Sharps Corner and graduated from Kiester High School.

They were the loving parents to Dean, Dawn, Sharon, and Howard.

Arlene was a loving, strong, determined, faithful, and resourceful woman.  She was a hard worker her whole life.

Outside of the home, she worked as the “lunch lady” at Ramsey School.  She was also employed at Land-O-Lakes and Norwest Bank.

She was a longtime member of Grace Lutheran Church in Albert Lea.  Arlene and Ray were dedicated to raising their children in the Christian faith.  Arlene’s faith in her Lord Jesus Christ was evident up until her death.

Arlene and Ray volunteered side by side for Meals on the Go for over 20 years.  They hosted the Levine Family’s Christmas Eve gatherings for years.

In Arlene’s spare time, she enjoyed going for walks, was an avid reader, enjoyed doing latch hook and crochet, working on jigsaw puzzles, playing solitaire card games, and watching her favorite TV shows like NCIS.  She embroidered dish towels and pillowcases and gave many away for gifts and keepsakes.  She was involved in many “coffee groups”, sometimes meeting friends for coffee multiple times a day.  She also enjoyed going out for breakfast every Sunday after church with the breakfast gang.

She was a loving grandma.  She enjoyed attending sports and school activities for her local grandchildren, Stephanie and Samantha.  Arlene and Ray enjoyed road trips to visit their out of state grandchildren: Chris, Morgen, Gabrielle, and McLain.

Her house was loud with laughter and song.  She always had cookies and coffee at the ready.

She was preceded in death by her parents, Albert and Lillian; her in-laws, Adolph and Jemina Levine; her husband, Raymond Levine; brother-in-law, Wayne Levine; and sisters-in-law, Carol Levine and Dora Levine.

The family would like to extend sincere thanks to the staff at Bancroft Estates, Good Samaritan Society, and St. Croix Hospice.

A service of remembrance will be held at 11:00am Friday, March 25, 2022 at Bonnerup Funeral Service in Albert Lea with visitation one hour prior to the service. Burial will be at Zion Cemetery, Kiester.

.
To order memorial trees or send flowers to the family in memory of Arlene Levine, please visit our flower store.