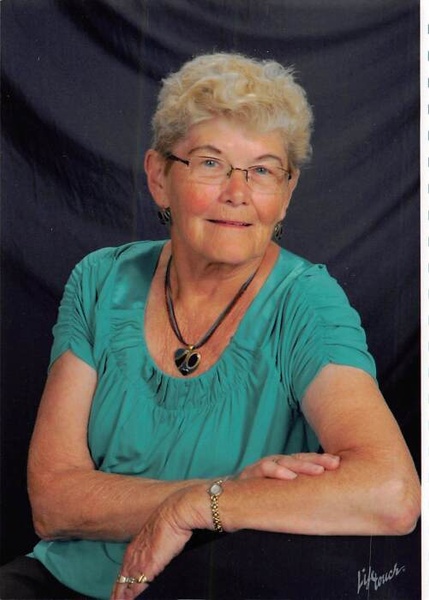 Arlene M. Busho, 88 of Ellendale, MN passed away on Saturday, January 2, 2021 at the New Richland Care Center.  A private family graveside will take place at the First Lutheran Cemetery in Ellendale.  Bonnerup Funeral Service is assisting the family (www.bonnerupfuneralservice.com)

Arlene Mae (Jensen) Busho was born May 18, 1932 to John and Effel (Olsen) Jensen in Ellendale, Minnesota.  She graduated from Ellendale High School in 1950.  She began working at Jostens in Owatonna and Minnesota Credit Association before beginning a 44-year career working for North Central Plastic in Ellendale.

On November 1, 1952, she was united in marriage to Waylen George Busho Sr. at the Community Lutheran Church in Geneva.  The couple spent many wonderful years together until his passing in 2004.

Arlene had profound admiration for all men and women that served our country, specifically those who were wounded during their service, so she joined the VFW Auxiliary #8941 of Ellendale, where she was a lifetime member and held all offices in the organization.  She served as First District President from 1960-1961.  She loved the opportunity to meet and make friends with the same interests.  She was also a member of the American Legion Auxiliary Post 296 of Ellendale and the Disabled American Veterans Auxiliary of Albert Lea.  Arlene enjoyed listening and dancing to old time music and country western.  She enjoyed going camping and pontooning with her family, working in her garden, following the Minnesota Twins baseball team, and loved time spent with her family.

Blessed be her memory.

To order memorial trees or send flowers to the family in memory of Arlene Busho, please visit our flower store.