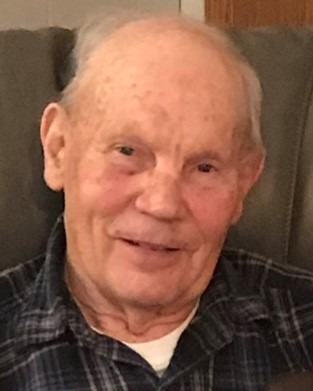 Born on July 17, 1936, in Blue Earth, MN, he was the son of the late Arlo and Adeline (Bassett) Prescher. A graduate of Bricelyn High School, Arlen proudly served his country in the United States Army. On November 29, 1959, he was united in marriage to Jean (Martin) Prescher. Together the couple shared more than 60 years and raised three children.

Known for his strong work-ethic, Arlen worked as a farmhand as a young man, the Minnesota Highway Department, and Wilson’s Packaging for more than 40 years. Following his retirement for the packaging plant, Arlen worked for 18 years at the Albert Lea Parks and Recreation, where he diligently cared for all Albert Lea parks, especially Edgewater Park.

Gifted with his hands, Arlen enjoyed working meticulously tending his yard and vegetable garden, hunting, and working on classic cars, specifically his 1949 Hudson. His greatest joy came from spending time with his family.

In addition to his parents, Arlo and Adeline Prescher, Arlen is preceded in death by a brother-in-law, Harold Murra.

A memorial service will be held at 2:00PM on Monday, November 28, 2022 at Zion Lutheran Church in Albert Lea. The family will receive friends at a visitation to be held one hour prior to the service at church.

In lieu of flowers, memorial contributions may be made to Zion Lutheran Church, the Prostate Cancer Foundation, or the Alzheimer’s Association.

To order memorial trees or send flowers to the family in memory of Arlen Prescher, please visit our flower store.