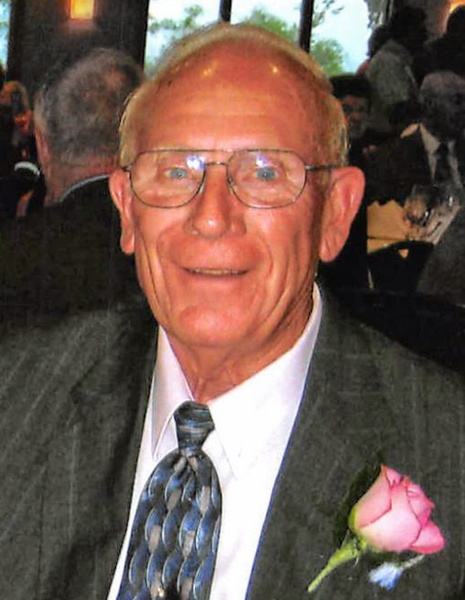 Anno “Ed” Delger 85-year-old resident of Glenville, MN passed November 13, 2019 at his home, surrounded by his loving family.  A funeral service will be held at noon on Sunday, November 17 at Bonnerup Funeral Service in Albert Lea, MN.  Visitation will be two hours prior to the service at the funeral home.

Anno was born on March 6, 1934 in Kanawha, IA to Jake and Grace Delger.  He graduated from Crystal Lake High School with the class of 1951.  On March 12, 1951 he was united in marriage to Donna Riggle.  Anno worked as a farmhand from 1951-1955.  The couple moved to Minnesota in 1955 where he worked as a pipefitter at Wilson & Company, retiring from Farmstead after 42 years.  During his retirement he worked at Albert Lea Electric for several years.  Anno was a member of United Methodist Church in Glenville where he served as an usher and on the parish council.  He enjoyed bowling, coaching softball, snowmobiling, hunting and fishing.  Anno had a green thumb for gardening; especially roses.  His favorite places were spending time at Lake Frances and at home with his family.

Arrangements are with the Bonnerup Funeral Home in Albert Lea.

To order memorial trees or send flowers to the family in memory of Anno "Ed" Delger, please visit our flower store.