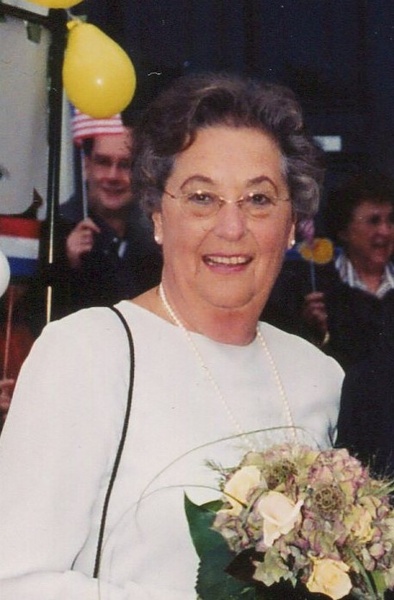 Anna Van Erkel 89-year-old resident of Albert Lea, MN passed away July 13, 2021 at Thorne Crest Senior Living Community.  A memorial service will be held at 11 AM on Tuesday, 20, 2021 at Hollandale Reform Church in Hollandale, MN. Visitation will be one hour prior to the service at the church.   Burial will be at Hollandale Cemetery.

Anna “Ans” Berta Welten Van Erkel was born on January 3, 1932 in Zaltbommel, the Netherlands to Johannes and Wilhelmina Welten.  Ans came to the United States boarding the Nieuw Amsterdam in Rotterdam and arriving at Ellis Island on July 23, 1953.

On October 16, 1953, Ans was united in marriage to John Henry Van Erkel in Hollandale. To this union, the couple were blessed with two children, Helmy and Peter. They raised their family on a vegetable farm outside of Hollandale and still maintained close ties to Dutch friends and relatives taking numerous trips to Holland. Traveling was one of their great joys and they traveled to many countries throughout the world during their 63 years of marriage. Ans was very social in her community engaging in bridge club, the Hollandale Museum and entertaining groups with her Dutch cuisine such as nasi goreng, mocha tart and kroketten. She was fluent in many languages and an avid reader even in her later years always reading weekly Dutch magazines such as the Libelle. She enjoyed her grandchildren and took every opportunity to be an important part of their lives.

She is preceded in death by her parents; husband; brother, Jan (Iet) Welten; and sister, Toos (Kees) Jobse.

In lieu of flowers memorials are preferred.

A special thank you to Thorne Crest Senior Living Community for all the years of exceptional care they gave to Anna.

To order memorial trees or send flowers to the family in memory of Anna "Ans" Van Erkel, please visit our flower store.