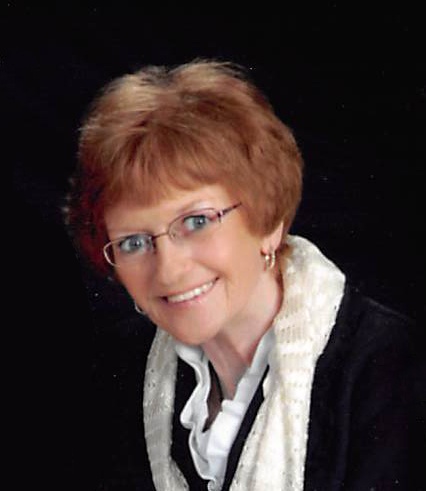 Funeral services for Anita K. Sande will be held at 11:00 AM on Monday, July 1, 2019 at Salem Lutheran Church, with Rev. Erica Cunningham officiating.  Burial will follow at Hillcrest Cemetery.  Visitation will be held from 4 – 7 PM Sunday, June 30, 2019 at Bonnerup Funeral Service, and again one hour prior to the service at the church.

Anita Kay (Reyerson) Sande was born on May 28, 1943 in Northwood, IA to Seymour and Hazel (Hanson) Reyerson.  She lived in Northwood and Otranto, IA before graduating from Carpenter High School in 1961.

On August 8, 1964, she was united in marriage to Richard Sande at Salem Lutheran Church in Albert Lea.  The couple was blessed with two daughters.  They would make their home in Albert Lea where she raised her two daughters.  She started working at Hardees as a morning supervisor for 10 years, later Herberger’s for five years and retired from the Albert Lea Science Center after 7 years.  Above all, Anita’s favorite “job” was being able to provide daycare for her grandchildren and other family friends.

Anita was a member of Salem Lutheran Church where she took part in the Altar Guild Circle, Ladies Aide, was a Sunday school teacher, and participated in SPIRE.  In her free time, Anita enjoyed going on motorcycle rides with her husband.  She liked Rosemaling, reading, Scrabble and collecting things.  Anita was a good cook, and she carried on the family tradition of making lefse by teaching the art to her granddaughters.  She had collections of: dolls, paperweights, cow and chicken memorabilia, cobalt blue glass - along with many others.  Even though collecting things was important to her, she would give it all away for time spent with her family.  Family was the most important part of her life, and she enjoyed every moment spent with her husband, children, grandchildren, and her dear great-grandchild.  She was a great listener who gave even better advice and loved everyone she met.

She is preceded in death by both parents, Seymour and Hazel; father and mother in-law, Lloyd (Opal) Sande; brothers, Larry Reyerson, and David Reyerson in infancy; and brothers in-law, Curt Hansen, and Dean Tenold .

Blessed be her memory.

To order memorial trees or send flowers to the family in memory of Anita Sande, please visit our flower store.