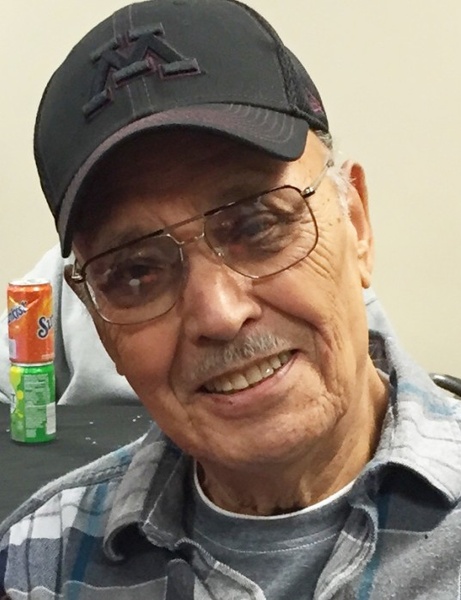 Funeral services for Albert Villarreal will be held at 10:00 A.M. Thursday, September 27, 2018 at St. Theodore Catholic Church, Albert Lea. Father Kurt Farrell will officiate. Visitation will be held from 4 until 7 P.M. Wednesday at Bonnerup Funeral Service in Albert Lea and again one hour prior to the service at church. Interment will be in St. Theodore Catholic Cemetery.

Albert George Villarreal, age 85, died on Sunday, September 23, 2018 at his apartment in St. John’s Knutson Place in Albert Lea. Albert was born on April 23, 1933 to parents William and Maria (Aguilar) Villarreal in Blue Earth, MN. He grew up as a sharecropper with his family in the southern Minnesota and northern Iowa areas. While working in the fields, he met his future wife, Isabel Perez. The two were married on March 31, 1951 at St. Theodore Catholic Church. Five children were born to this union.

He held various jobs in the area and started with the Albert Lea Police Department in 1960 until 1985. In his time on the ALPD, he was a canine officer for 14 years and trained K9s for other departments as well.

Every year, the Villarreal family looked forward to their family fishing trip to Northern Minnesota. Albert was very talented and loved to play guitar and sing. He enjoyed gardening in his later years and did everything he could with Isabel by his side.

In his free time, Albert enjoyed going dancing with Isabel. They were very good. He was a proud Elks member for many years and became an Exalted Ruler. With the Elks, Albert was in charge of Project Charlie for drug prevention through education.

To order memorial trees or send flowers to the family in memory of Albert Villarreal, please visit our flower store.