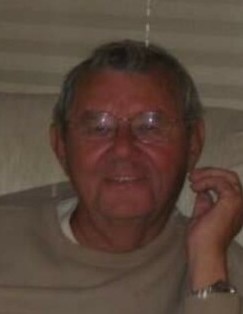 Albert was born on January 20, 1927 in Hamilton, ON to Edward and Mary Jane (Roberts) Horrocks.  He was raised in Hamilton, ON and lived there until 1950, when he married his first wife, Evelyn (Lafferty) Horrocks.  They moved to the United States and lived in Maryland for a couple of years while he served in the Army.  When he was discharged, they moved to MN and settled in Eagan, where they raised a family and had four children.  He worked as an electrician and enjoyed volunteering at the Eagan Fire Department.

After his divorce and retirement, he met his second wife, Judith Ann (Kane) Horrocks and they were married in 1989.  They eventually moved and settled in Clarks Grove, MN, where they lived for many years.

He is preceded in death by his parents; sister, Lillian; son, Michael; and daughter, Susan; and wife, Judy.

He is survived by his daughter, Marcia (Horrocks) Marchan; son, Kevin Horrocks; and numerous grandchildren and great-grandchildren.

A memorial service will be held at Fort Snelling in Minneapolis at a later date.

To order memorial trees or send flowers to the family in memory of Albert Horrocks, please visit our flower store.