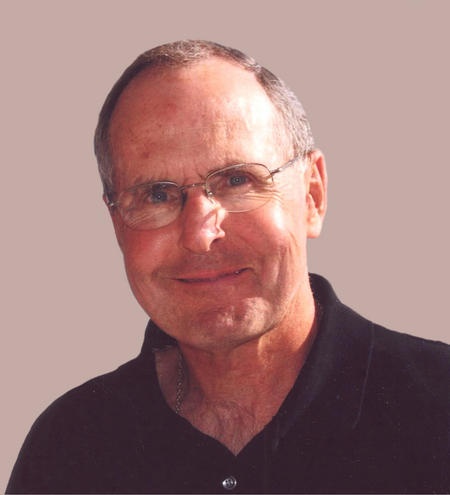 Funeral services for Orrie Jirele of Albert Lea, MN, will be held at 11:00 AM Thursday, September 26, 2013 at St Theodore Catholic Church in Albert Lea, MN. Father Timothy T. Reker and Deacon Mike Ellis will officiate. Visitation will be held Wednesday evening from 4 until 7 PM at the Bonnerup Funeral Service and one hour prior to the service at the church. Private Interment will be in St Theodore Catholic Cemetery.
Orrie died Saturday evening, September 21, 2013. He was 73 years of age.
Orrie was born May 14, 1940 in Austin, MN, the son of Ed and Rita (Bellrichard) Jirele. He attended St Augustine School and graduated from Pacelli High School where he played basketball. He then attended St Bonaventure College in Olean, New York. Orrie then spent one year out of college working for the Hormel Company while attending Penn State in 1964. He returned to Minnesota to join his family and his love of hunting and fishing.
Orrie taught Math at Pacelli High School in Austin where he met his wife Marie. They were married July 31, 1965.
Together they moved to Rochester and Lourdes High School where he coached varsity basketball to three state championships. After three years they moved to Green Bay, WI, and taught Math and coached basketball where he gave us five exciting years. In 1973 they returned with their family to Albert Lea where he coached and was a counselor at Albert Lea High School for 15 years and continued to be a counselor until his retirement.
Orrie was very involved with the community and played violin in two community orchestras. He was an active member of St Theodore Catholic Church and served on church council and was a trustee.
Orrie is survived by his wife Marie of Albert Lea, MN, children David and his wife Jessica of Eden Prairie, MN, Ted and his wife Cynthia Froid of Minneapolis, MN, Pat and his wife Ann of Chaska, MN. Grandchildren whom he gave so much of his time and love include Alex, Andrea, Anthony, Abrielle, Samuel, Edward, Wallace, Megan, Grace and Ryan. Sister Cleo (Tom) Grebin of Austin, MN, brothers Allan (Mary) Jirele of Wahpeton, ND, Neil Jirele of Austin, MN,, brothers in law Clark Bower, Douglas (Bev) Bower, Peter (Elisa) Bower and sister in law Carol (Lars) Larson.
He was preceded in death by his parents and brother Edward Jirele.
He touched so many hearts and will be dearly missed.
Memorials preferred in lieu of flowers.


To order memorial trees or send flowers to the family in memory of Orrie Jirele, please visit our flower store.