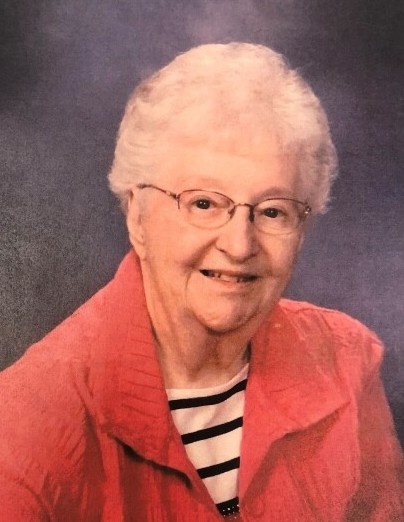 Marlene was born on July 14, 1931 to Arthur and Pearl (Katzung) Ludtke at their home in Walters, Minnesota. She spent her early years in Walters and Keister. Later she and her family moved to Albert Lea, where she graduated from ALHS in 1945. She attended the University of Minnesota and earned her Home-Economics Teaching degree. On June 26, 1955 she married Roger Behle. Together they farmed and raised three children. She was active in PTA, Freeborn County Home Economists, Sunday school, church organist, Conger 4-H and filled in as interim Home Extension Agent.

When Roger passed away in 1983, Marlene began a new career as Life Styles editor of the Albert Lea Tribune. She enjoyed the opportunities of meeting people and bringing their stories to life on the pages of the newspaper. Known as Ma Behle, the next eleven years were filled with hundreds of arts, entertainment and personal articles, Holiday Cookbooks, Bridal Editions, and weekly columns.

During her retirement, Marlene was active in a variety of clubs in church and in the community including First Lutheran Women, WELCA, the Art Center, the Story Lady Doll Museum, Clarks Grove Bus Gals and the Republican Party. Her cookie baking skills brought enjoyment to many of these groups.

She was preceded in death by her husband Roger, parents Arthur and Pearl Ludtke, brother Arthur Ludtke, Jr., and son-in-law Thomas Knudson.

Marlene was a generous person who was always ready to lend a hand or bake something special. She will be missed. Blessed be her memory.

Memorial contributions can be made to First Lutheran Church, Albert Lea MN.

To order memorial trees or send flowers to the family in memory of Marlene Behle, please visit our flower store.